Our most widely anticipated event of the year is the Annual Lecture. Each February, around the time of W. E. B. Du Bois’s birthday, the Du Bois Center invites a speaker, or set of speakers, to come to UMass and address the legacy of Du Bois. We have held 26 of these lectures over the years, and have enjoyed lectures by prominent speakers from a multitude of disciplines. These lectures have been made possible by generous donations from our supporters and, more recently, by a grant from the Andrew W. Mellon Foundation.

“What Would Du Bois Say? Activism and Scholarship”
Francoise Hamlin, Associate Professor in History and Africana Studies at Brown University

“A Man for All Times: W. E. B. Du Bois”
Brian Richardson and Pulse Ensemble Theatre

“Ideas Have Consequences: The Radical Pedagogy of W. E. B. Du Bois”
Derrick Alridge, Professor in the Curry School of Education at University of Virginia

“The Many Lives of W. E. B. Du Bois in the New From Slavery to Freedom”
Evelyn Brooks Higginbotham, Victor S. Thomas Professor of History and of African and African American Studies at Harvard University

Howard Dodson, Chief of the Schomburg Center for Research in Black Culture at the New York Public Library

“The Unknown Du Bois: W. E. B. Du Bois and the Future of Black Studies in the Twenty-First Century”
James Turner, Africana Studies and Research Center at Cornell University

“The Enduring Greatness of the The Souls of Black Folk“
Robert A. Hill, University of California, Los Angeles, editor of The Marcus Garvey and Universal Negro Improvement Association Papers

“W. E. B. Du Bois and the Problem of the Twenty-first Century”
David Levering Lewis, Professor of History at Rutgers University

“Du Bois’ Prophecy: The Color Line and Education at the Start of a New Century”
Ruth Simmons, President of Smith College 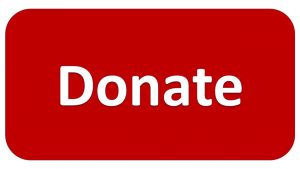